Despite strict capital controls, China has seen a surge in citizens trying to get their money out of the country at all costs.  The Chinese government has been trying to mask the imminent popping of their economic bubble for months while they funnel the last of their fiat reserves into Gold before being forced to devalue the Chinese Yuan.  Their economy has been propped up on an immense amount of debt that is leveraged in an unsustainable way and smart money can see that will soon come to an end.

China is off to a terrible start in 2016.  For the first time in history they implemented a circuit-breaker rule so that their stock market freezes trading for the day after a 7% drop.  This is an attempt to prevent panic sellers from crashing the markets further, but it seems to just be delaying the inevitable.  It took only 3 days until this rule was put to use on January 4th, then it happened again early on January 7th.  When markets opened on the 7th stocks dumped ruthlessly and trading was halted in less than 30 minutes, which sets a record as the shortest trading day in history.  Shortly after the markets were frozen, stock markets in the United States began to drop as well.  The drop in the west was not as fierce but it speaks to the important role that the Chinese markets play in the global economy and currency markets.
It would seem as though a failing currency in China should increase the value of stocks in the U.S. but speculators tend to jump ship in a snowball effect whenever they see other markets respond strongly to a significant event.

Minutes after stock markets in China were shut down, bitcoin and Gold markets began rallying.  Everyone in China knows that the Yuan is facing a huge devaluation and wants to get their capital out of the country or into commodities before that happens.  Being unable to liquidate any stock, citizens are turning to bitcoin as a way to circumvent capital controls before another brutal dump.

After trading halts failed to prevent brutal dumps in the Chinese stock markets they have suspended their blood throttling circuit breaker rule as it clearly doesn’t work.  So what is up next for China?  Well we will either see a bounce, or the most brutal dump in years now that investors are free to siphon off capital at a rate of over 7% per day.  My guess is that the blood bath has just begun and the bitcoin rally is far from over. 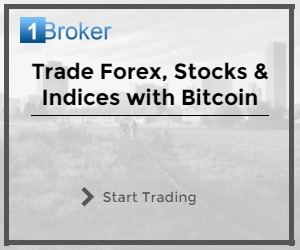